If you’re new to Saigon or Saigon Hash this page is for you. We’d love to meet you, and you WILL have fun!

Who are the Saigon Hash House Harriers?

We’re a group of 30-50 mainly local Vietnamese and expats who enjoy letting our hair down, running and drinking beer (or soft drinks or water).

We have a wide range of abilities, from runners to walkers and everything in between. It’s a family Hash and everyone is welcome! The Hash House Harriers is an international organisation, you can find hashes in most cities around the world. It’s a great place also if you want to practice your English or Vietnamese.

What if I don’t drink?

Non-drinkers are more than welcome and cold water is always available. We have a number of regular hashers who don’t drink but love seeing the countryside and enjoy the comradery of the group.

What is the cost?

The cost is VND300,000 for expats and VND200,000 if you are Vietnamese. The money includes transportation, all beverages, and a light snack at the end of the trail. On your second run with us, as a bonus, you will receive a free Saigon Hash T-shirt. It’s a good idea to bring some extra money in case you want to buy more T-shirts or other hash gear, or if you want to go to the restaurant with the hash group once we arrive back in Saigon.

An experienced hasher sets both a running trail and a walking trail in the Saigon countryside prior to you arriving. The trails are designed to keep everyone together and allow the runners and walkers to finish at the same time. Running is strictly non-competitive. More details will be explained to you when you arrive.

The trails typically go for an hour to an hour and a half.

Once we’re back in Saigon, all Hashers are invited to continue on to the On-on, the post-Hash meal which is usually held at one of Saigon's pubs or restaurants.

When do we leave/get back?

What do I need to bring?

All you need are running/walking shoes, money, and a sense of humour. You may want to take some extra clothes if you wish to change afterwards, but this is optional. No matter how dirty, sweaty and smelly you are you'll have plenty of company. If you bring a bag you can leave it safely on the bus whilst you walk/run.

More details on hashing can be seen below

It is not easy to describe what the Hash really is. Some say it is for cross-country running. That is true, we run every Sunday through the countryside surrounding Ho Chi Minh City. We also have a trail for walkers. Others say that the Hash is a social club, also true. Some say that we are a drinking club, true also as we drink beer (and soft drinks) after each run/walk.

If this sounds good to you, or if you want to try it at least once, so you know what we are talking about, you are very welcome to join us on the bus out to running and walking trails in the countryside. It is great fun and you do not need to be an experienced runner to participate. Trails are 7-9 km (strictly non-competitive) for runners and the walks are usually around 5-6 km. 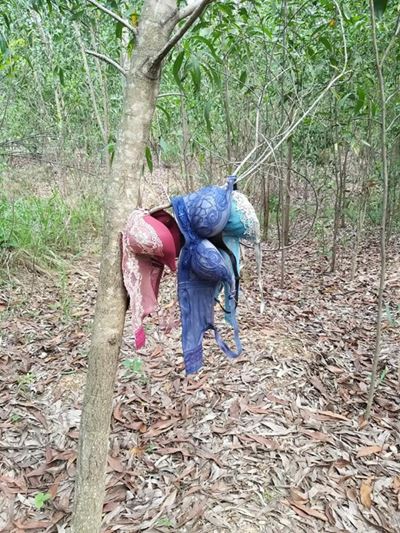 The Hash House Harriers is an informal gathering of once-a-week runners. It started off in Kuala Lumpur in the late 1930's as a way for the local expats to get some exercise. The name comes from the original meeting place, The Selangor Club (aka The Hash House), and the fact that the sport is based on the old paper chase or hounds-and-hares, a favourite with the British gentry since the late 1800's. Since the 1960's, Hashing has been spreading around the world. Originally an expat activity, the majority of hashes now cater to local residents. Since Hashing is by definition a disorganised activity, nobody really knows the true figures, but by the best estimates there are several hundred thousand Hashers running in around 2,000 Hashes in 150 countries around the world.

The object of a Hash run is to follow a trail, laid in shredded paper or flour, laid by the Hares prior to the start of the run. Unlike a normal cross-country run, the hares build in checks to slow down the FRB's (front running bastards) so that the rest of the pack can catch up. These take the form of checks, backchecks, false trails and so on, where the trail stops and the pack has to fan out to pick it up again. Most Hashes are mixed (male and female) and some are male only or female only. Most mixed Hashes are family Hashes where kids are welcome. The Hash is NOT a race (or it's not supposed to be one, but some Hashes have regressed in this regard). The typical run goes for an hour to an hour and a half.

After the run is completed and all the runners have returned, the ritual known as the Hash Circle starts. This involves the Hash Grand Master or the Religious Advisor selecting groups of people for numerous Hash Sins, both real and imagined, and having the victims down a beer (or substitute) rapidly. Hash sins include, but are not limited to, being a Virgin (first-time Hasher), returning or visiting Hasher, Hash Slashing (stopping for a pee while the Hash is in progress), Hash Trashing (littering), competitive running, not wearing a Hash t-shirt, getting a Hash Name, and anything else that the GM or RA can think up. Most Hashes give members a Hash Name. This is usually something ribald, and usually based on something that the Hasher has said or done recently. Hashes also keep track of each member's attendance, in order to reward them when they reach certain milestones, e.g. fiftieth or one hundredth run, tenth hareset, etc.

Hashing appeals to people in several ways: the social activity, the exercise, the chance to get out of the city and see the countryside, the irreverence to all and sundry and, of course, the beer. Because it is an international sport, once you become a Hasher, you can make yourself at home anywhere in the world where there is a local Hash. And if there isn't one, you can start your own.